Canticum returns to live concert performance with a celebration of the Restoration, charting the re-establishment of choral singing in the 17th Century. The programme starts with music from the coronation of Charles II in 1660, before exploring a wide range of anthems, motets, canticles and verse anthems from some of England’s finest composers. It finishes with music composed by Handel for the coronation of George II in 1727. 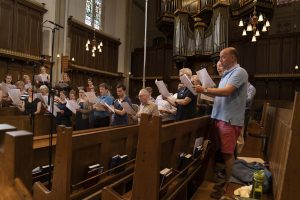